This final week focuses on William and Dorothy Wordsworth in and around Grasmere. 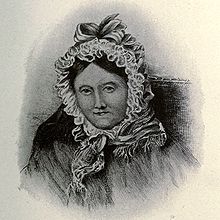 4.1 [Video]
A short video covering the focus now on Grasmere, Dove Cottage and the daily life of Wordsworth.

4.2 [Video]
This video looks at a letter written by Wordsworth to Coleridge on Christmas Eve, 1799. It details their moving into their new house in Dove Cottage and how Dorothy was struggling with toothache. We also see how the postal system worked in terms of letters (the recipient used to have to pay) and the time taken for delivery (letter was posted 27th December and reached London on 3rd January).

4.3 [Video]
Here we listen to a reading of some parts of the letter. We understand Wordsworth likes the house, although he suspects he may have trouble with his chimney when the wind blows a certain direction. We discover that he’s bought some ice skates to skate on the frozen river and we also find out that he’s paid a local lady to help run the househould.

4.4 [Video]
Another video describes the journey to Dove Cottage and the way Wordsworth writes about the aspects of nature around them as they travelled.

4.5 [Assignment]
The assignment was to do a comparison on the writing between William and Dorothy.

4.6 [Review]
Here you had the chance to review other learner’s work.

4.7 [Reflection]
This was where you got to see what other people thought of your work.

4.8 [Video]
The Rock of Names. Here the video discusses a rock where William, Dorothy and their friends all carved their initials into.

4.9 [Article]
Sara’s Gate. Following on from the theme of naming markers and places around where the Wordsworth’s lived, we have an  exercise to write about a letter that William and Dorothy wrote to Mary Hutchinson. The letter talked about a local gate that Mary’s sister, Sara, had named Sara’s gate when she had come to visit.

4.10 [Video]
This video concentrated more on Dorothy Wordsworth, how important it was for her to setup a home, and the kinds of things she would have done around the home.

4.12 [Video]
Dorothy Wordsworth is a literary heroine in her own right. In this video we look at her many journals and see how life was for her and William during the time that they were at Dove Cottage. We also get to see her writing process.

4.13 [Video]
This video looks deeper into Dorothy’s journal and picks out a particular day when she attends a funeral [3rd September 1800]. Dorothy describes having to do some ironing before joining the funeral and she is moved to tears when she realises there are no close family, nor children, at the lady’s funeral. We also notice that Dorothy doesn’t think much of the priest having seen him the day before ‘half drunk the day before, in a pot house.’

4.14 [Quiz]
The questions on the quizzes are all quite easy but they do make you realise just how much information you pick up along the way.

4.15 [Video]
This video picks out another day of Dorothy’s journals; that of 24th November 1801. Here we discover what a keen eye for detail and description Dorothy has as she describes a day out in the midst of a windy day. We also find out that she becomes an ear to talk to from one of her neighbours after they swapped some goose for some honey.

4.16 [Quiz]
Got one wrong here but I think the question is quite misleading.

4.17 [Video]
We’re back to Dorothy’s journals; 22nd December 1801. Here she describes a meeting with a sailor who had fallen on hard times and had to resort to begging. She describes the man beautifully to the point where you could picture him in your minds eye. Whilst William’s expertise is clearly in his poetry, I feel that Dorothy truly does deserve her place in English literature on the strength of these journals.

4.19 [Video]
A video from 15th April 1802, where Dorothy writes about daffodils (a full two years before William was to pen his infamouse poem).

4.20 [Article]
Here, we are invited to discuss the entry in Dorothy’s journal about the daffodils.

4.21 [Video]
Unsuprisingly, this video discusses Wordsworth’s own writing about daffodils – both 1807 and 1815 version. I studied this particular poem on an early English Literature course but I was amazed at how little of it I could still remember.

4.22 [Article]
Here, we are asked to compare the differences between the two Wordsworth poems and also Dorothy’s own enty in her journals about daffodils.

4.24 [Video]
Closing the course. I have to admit that I thoroughly enjoyed this course and re-establishing my thoughts on Wordsworth. I discovered how little I actually knew about William and Dorothy and also I discovered that, in the Jerwood Centre you can go and see the manuscripts in their glory.

Living only an hour away from Grasmere, I’m annoyed with myself that I’ve never actually visited Dove Cottage and that is now top priority of my things to do when I get the time.

Finally, this course also made me realise that I do enjoy, not just Wordsworth, but the whole Romanticsm movement which is something I probably wouldn’t readily admit. I’m not a big poetry lover but I do find these particular poems enriching and moving.

Sad to see this course actually end, but looking forward to the Hans Christan Anderson one starting soon.

The Elements of Fiction Writing - Scene and Structure by Jack Bickham